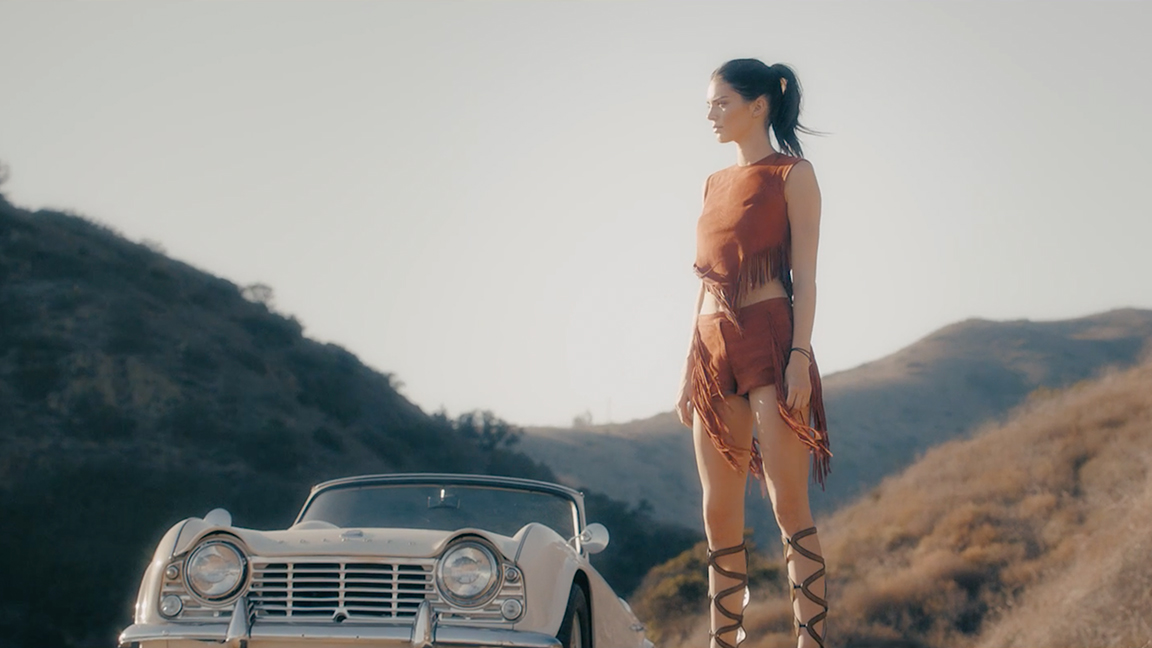 Longchamp recently celebrated their 70th year of business. In celebration of their platinum Jubilee, they launched a new film directed by Miniac Films director, John Christopher Pina, called, The Encounter. Their goal was to illustrate their growth cinematically. They wanted to capture their modern essence while also honoring their history. They wanted to portray their fearless run.

Longchamp revisited this theme seen in their 70th anniversary film to produce their new promotional film for their Spring and Summer 2019 line. They worked with the French company, Air Paris, and the Los Angeles and New York based production company, Miniac Films, to produce their films. Miniac Films is a hybrid production company and creative shop that specializes in creating dramatic narratives with high production value. Miniac Films director and co-founder, John Christopher Pina, directed the spot.

Pina started as a music video director, directing videos for top pop artists like John Legend and Kanye West, but quickly moved into the commercial world. Pina is widely known in the commercial world for his lively yet emotive narratives. Pina frequently works with the German sportswear company, adidas, which has won him a Canne Silver Lion, for the 2018 film for Futurecraft 4D, and a Clio, for Climachill: Not Made For Normal. Pina’s work greatly matches the similar urban yet poignant feel that is Longchamp’s identity.

Pina’s objective was to capture the romanticism of the past while highlighting the empowerment of the future. The original film, The Encounter, was shot in Paris with Longchamp ambassador, Kendall Jenner. Read more about the film here.

In this Los Angeles shot spot, Pina used the natural, elegant textures in the California canyons juxtaposed the neon on the boulevards to personify Longchamp’s journey over the past seventy years and show how they have matured into their new line. Longchamp’s ambassador, Kendall Jenner, starred in this film as well.

Much like The Encounter film, the film begins with Jenner racing through the Los Angeles winding canyons and running on Malibu’s natural beach. As the film continues, cinematic shots of a horse running, alone, through the dark and gritty yet extremely sleek streets of Los Angeles are cut in between Jenner’s various movements. The two inherently different environments contrasted each other, creating anticipation for what’s to come in the final scene. The film ends with Jenner and the horse meeting on the California shoreline in a beautiful shot that fuses the two worlds. It ends on the Pacific Ocean, the final western frontier, and the only direction we can look is to the infinite horizon towards the future we create.

Pina used a stabilized camera to get fast close-ups on the horse and Kendall as they moved along the shoreline. He used drone footage to capture the glorious overhead wide shots and tracking shots of the duo on their journey to one another. In homage to films of the seventies, Pina incorporated tasteful snap-zooms to add a stylized dynamism to the piece. The film included rich textures and colors that visually embodied the spirit of the city. Pina and the Miniac team worked with LA company, A52, to graded everything to heighten natural palate of the California backdrop, while accentuated the florescent orange hue of the streetlights to parallel the unapologetic and unmistakably effortless aesthetic both Jenner and the horse share.

Pina's use of sound added to the dynamic drive in the overall narrative. Powerful real-world sounds moved to a bold, fast-paced track with moments of cutting in and out, creating the film's momentum and anticipation. These various elements fused together into one singular collage of sounds that highlighted the tension within the journey.

Pina and the Miniac team were able to capture the seventy years of freedom that Longchamp so proudly radiates. Pina created cinematic tension in both of his films that embodied Longchamp’s brand identity. An identity of both a past whimsy and of an innovative authority; coming together to create their bold future.

Check out the full film here. Read more about the film here.

Check out behind the scene photos below.