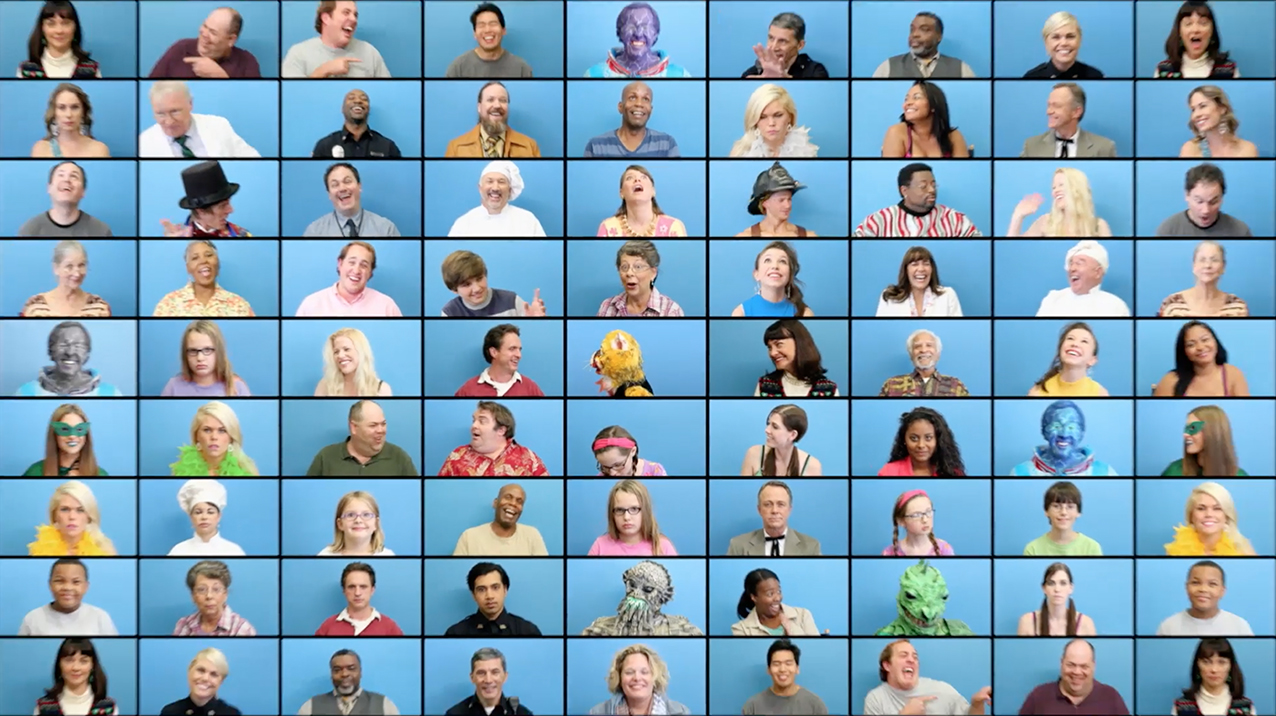 Our favorite shows are defined by their theme songs. Don’t believe me? Let’s do a little test. Below are the opening lines to three cult classic shows from the 1990’s. Can you guess what show they’re from?

1. Whatever happened to predictability?

2. It’s a rare condition this day in age to read any good news on the newspaper page.

3. So no one told you life was gonna be this way.

Have you gotten them yet? Yes? Of course you did! The three opening lines above are from Full House, Family Matters and Friends. These theme songs are absolute classics. And we do apologize that they will be stuck in your head all day.

A theme song is our first portal into the show’s world, and in the 1990’s the theme song opened each show with an accompanied opening montage. This was a highly produced part of the show and it took up a few minutes of screen time.

Typically, the opening montage would go that the camera would “catch” the character in the middle of some activity that summed up their personality. The character would then smile at the camera delighted or slightly embarrassed while the actor’s name would appear in bright lettering below. Here is the opening to Family Matters for a better understanding.

Even though we no longer produce such elaborate openings to our favorite shows, the love of 90’s theme songs is not lost on our viewers today. In homage to these classics, Miniac Films director Casper Kelly teamed up with Adult Swim to produce an amazing video, Too Many Cooks.

Kelly is a writer and director known for is known for his comedy ad work on Cartoon Network, Adult Swim and Tetly Tea. Kelly has been a staffed writer on numerous comedy shows like Archer, Squidbillies, Stoker & Hoop and Harvey Birdman. He was nominated for an Emmy. Kelly is the author of the book of short stories, “More Stories about Spaceships and Cancer.”

Kelly’s film parodied 90s opening montages by having an ongoing theme song that credited a surplus of characters, each perfectly embodying various troupes commonly seen in these kinds of openings. Kelly wanted the film to feel extremely authentic. He colored the film to have the same gritty texture that was seen when using 1990’s cameras and he scored the film to an upbeat tune that really drove home the 90s feel. But, he also added a hysterical twist.

Kelly’s montage morphed into the tale of a serial killer on the loose killing the various people in the montage. This turn of events catches the viewer by surprise, yet Kelly was able to integrate it seamlessly to the narrative to optimize the comedy. The large yellow credit follows the characters as they run from the murderer, even being the cause of one poor girl’s death.

As the murderer continues to wreak havoc on the cast, the 90s montage begins to change as well, turning into a parody of an animated series commonly seen during this time. The film finally ends with the murder getting a credit in large yellow lettering, and a final cast photo creating a happy ending to this shocking tale.