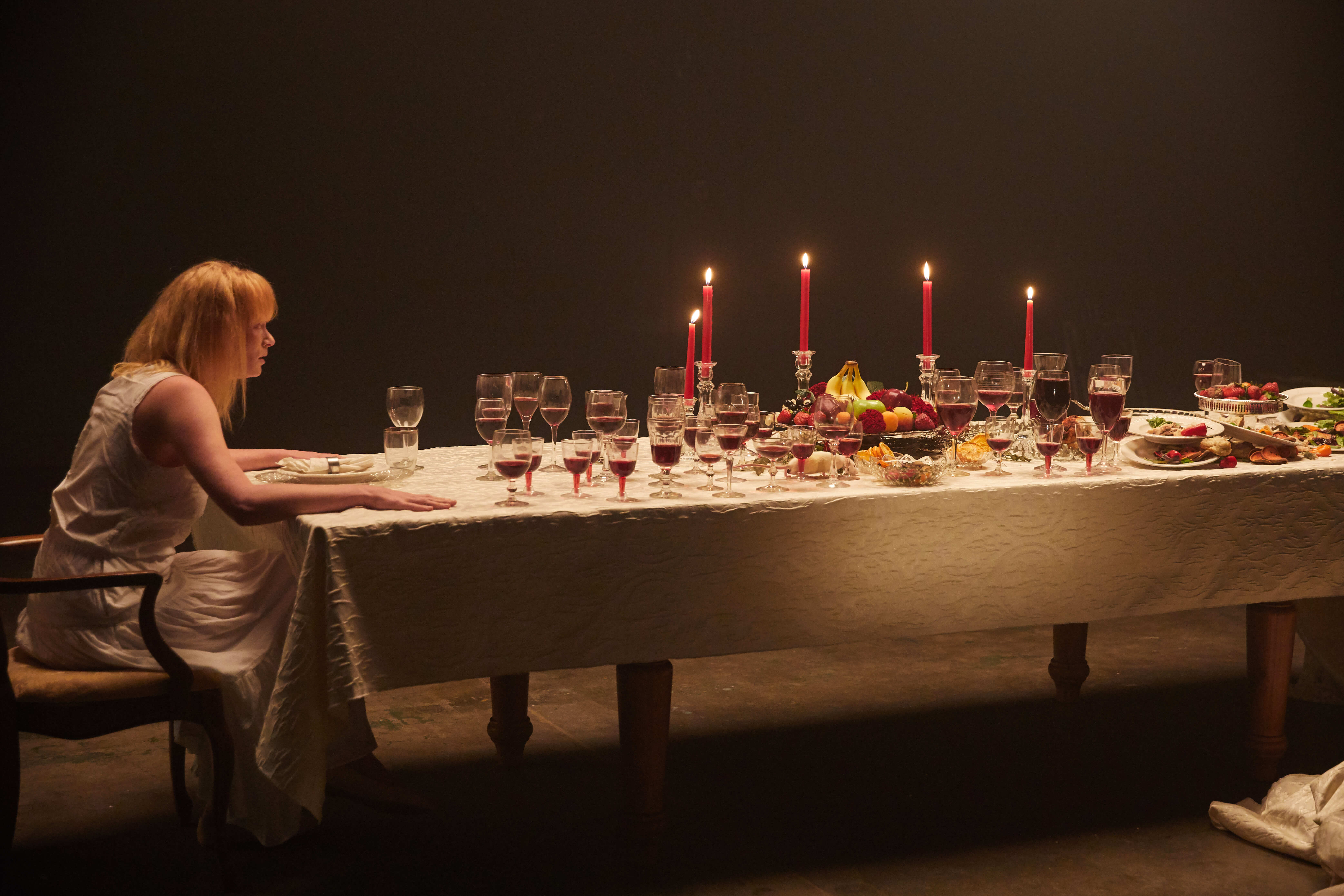 The Brooklyn based, indie rock bank, San Fermin, released a new single that took a strong stance on serial dating. The Hunger is the result of a late night conversation the band’s leader, Ellis Ludwig-Leone, had with a female friend about the struggles of dating in New York City. The song follows a woman that is overwhelmed with angst, confusion and emotion over her hunger for a substantial and meaningful relationship. The group teamed up with Miniac Films director, Benjamin Kutsko to create the music video.

Kutsko has worked with the band previously in 2013, directing their video for their single Sonsick. Known in the commercial world for his use of visual effects, Kutsko’s has a distinct ability to integrate narrative into his work while also creating a vibrant world filled with colors and costuming, anchored by it’s landscaping. His videos are almost psychedelic experiences – the Kutty specialty as some in the commercial world put it. Examples of Kutsko’s talent are seen in various music videos he directs, like Greta Van Fleet’s music video When The Curtain Falls he directed in August of 2018, and Australian band, Pnau’s video All Of Us he directed in 2019.

For The Hunger video, Kutsko knew the song’s messaging would create a different tone from his normal lively VFX work. Kutsko wanted to create a somber yet engaging narrative that embodied the painful emotions within our main character. He saw the song as a fable about the danger of trotting too deep into the forest of the “one button” romance, and he wanted to honor the sentiment and truth that weaved throughout the song.

The video opens on a woman sitting at the head of a long table in a large, dark empty void of a room. The room is black and the only bit of color is what is seen on the table - white linen that starkly clashes with the black background. As the song continues, the woman begins to dance throughout the room. Her movement is an explosion of emotion juxtaposed the prison of monotony she is trapped in. The table fills with bright white plates that pile up to the beat of the drum, rotting food and leftover glasses of wine that pulse to the music.

More and more glasses and carafes of red wine appear on the table, and a small white rat journeys through the maze they've create. This pure white creature pops on screen as it runs through the labyrinth that has slowly built up around it.  Red wine bleeds across the white tablecloth and glass shatters in slow motion as the woman dances, and the song reaches its' climax. Kutsko created an extremely visceral narrative for the viewer to experience.

There is a strong emotional arch throughout the song. Ludwig-Leone stated the song highlighted the euphoria that happens when one finally lets go of the expectations of dating in our modern world. Kutsko highlighted this with the accumulated of wine glasses, past failures, that are destroyed as our main character let’s go and dances. At the beginning she wears a fake smile and everything attempts to look pleasant, the wine starts to grow up from the bottom of her white dress and rage builds up in her. But as she dances she is freed from her struggles and is able to let go of her frustrations.

With his use of color and lighting, Kutsko kept a raw and gritty feel flowing throughout the video that enabled an authentic interpretation of what our character feels and what Ludwig-Leone intended.

The song is an honest expression of something that everyone is dealing with and trying to understand right now. Kutsko was able to narrate such an intimate and emotional response that captured the essence of the song.

Check out the full video here.