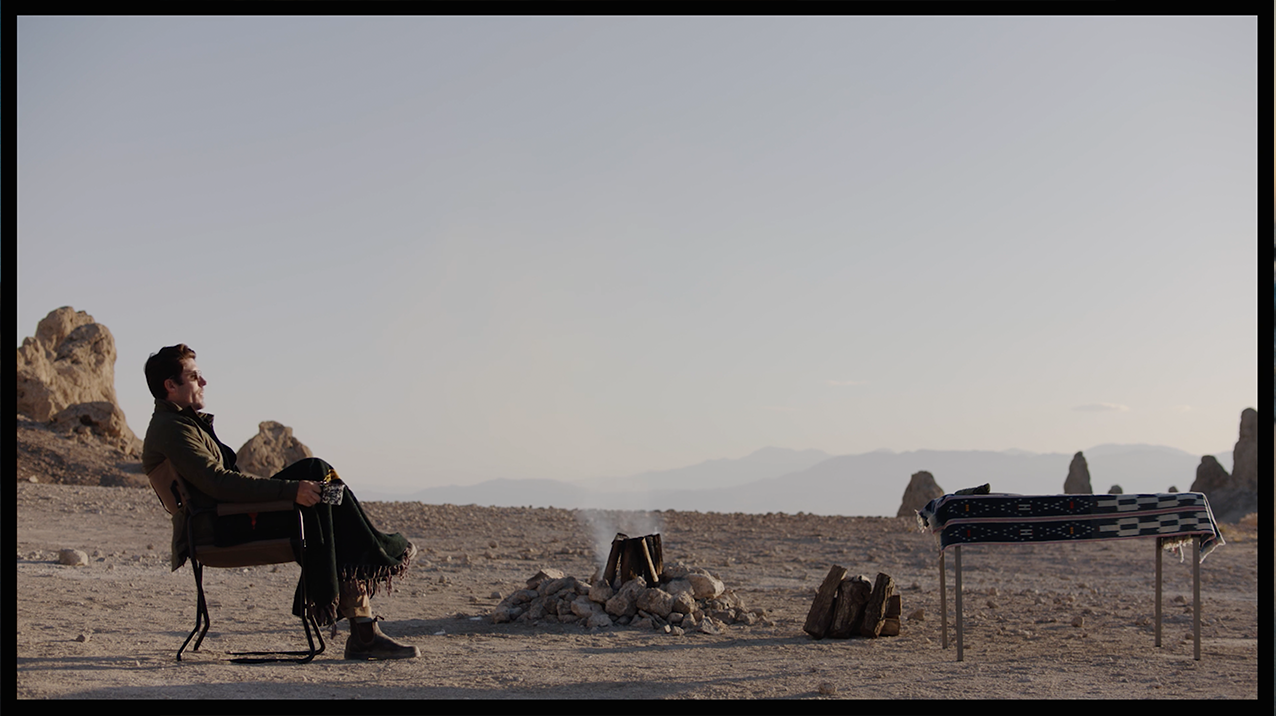 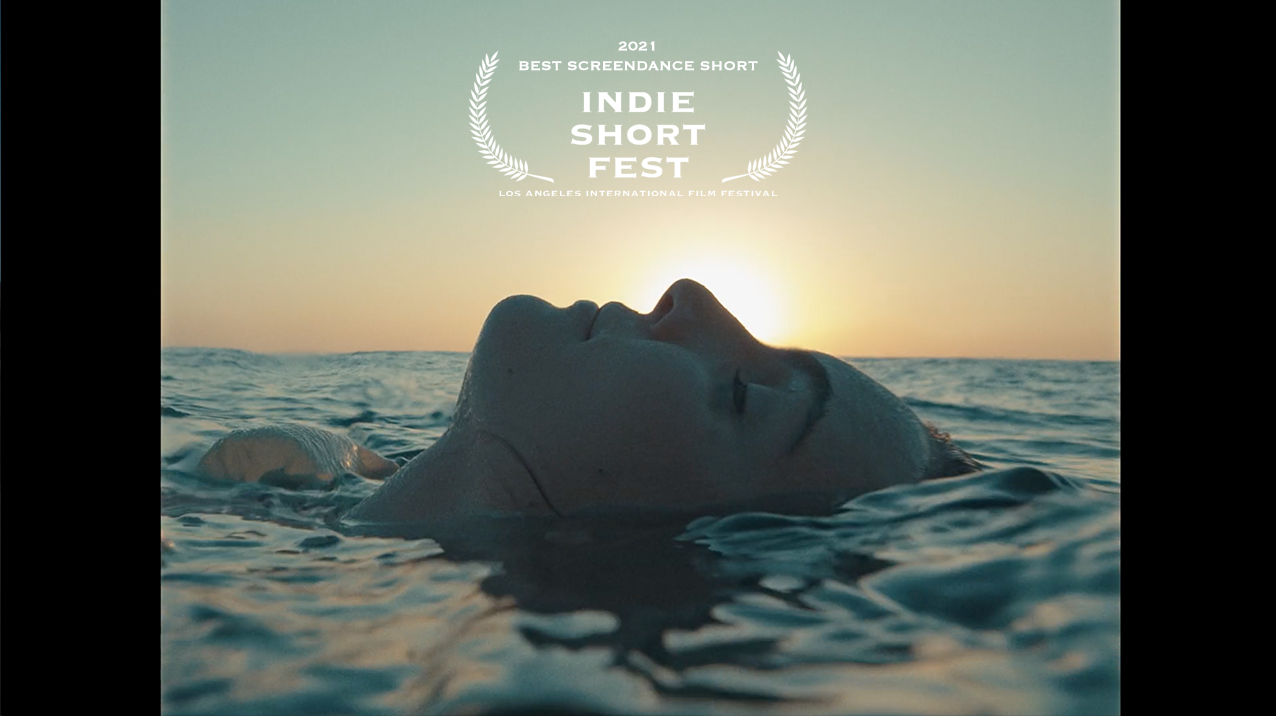 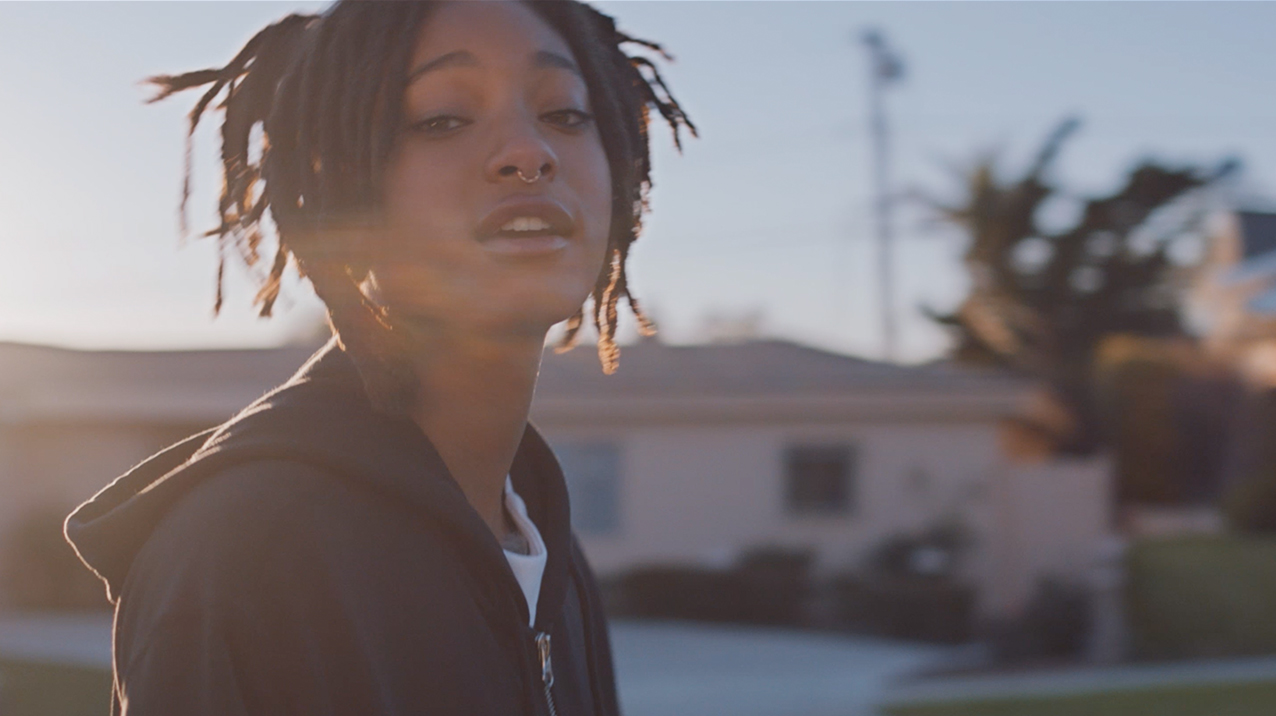 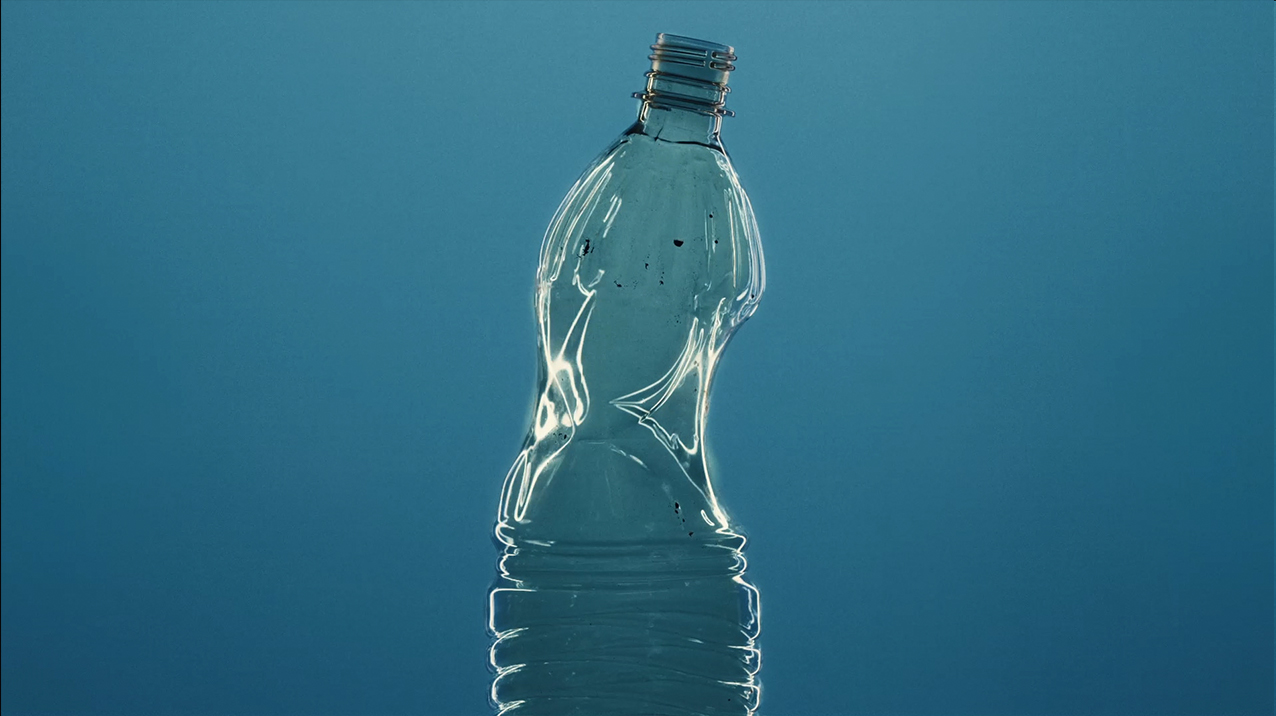 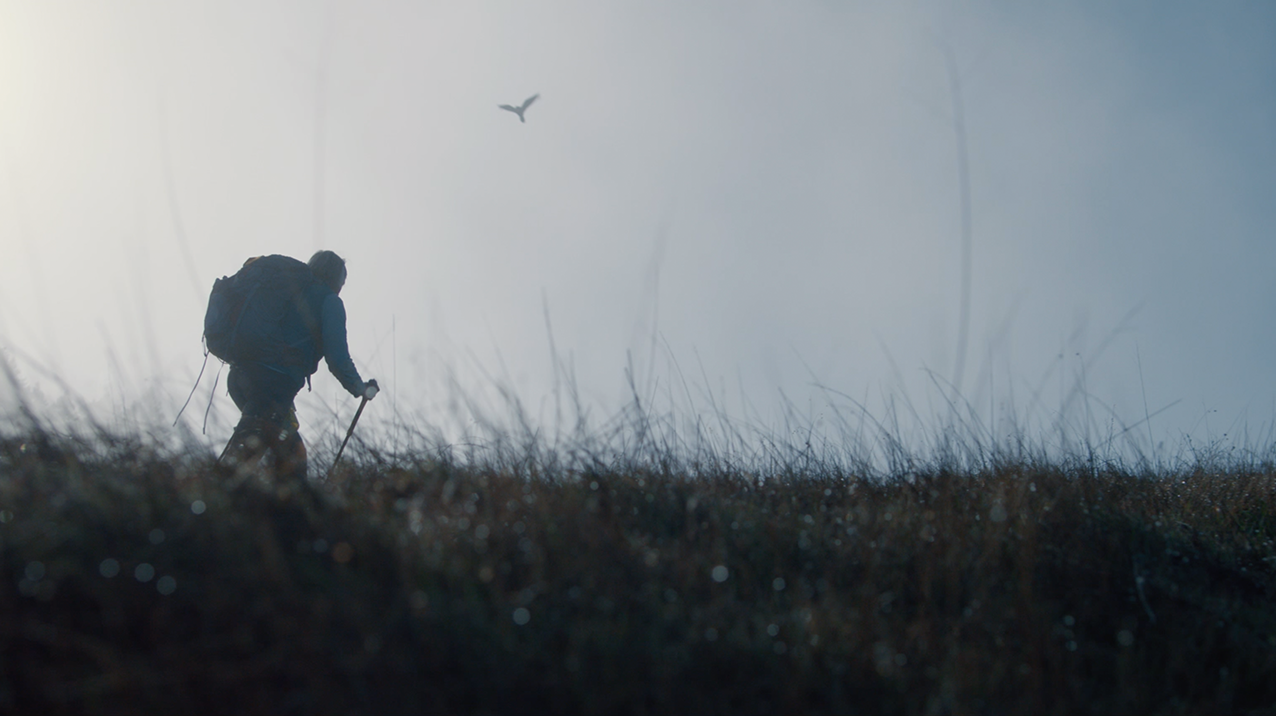 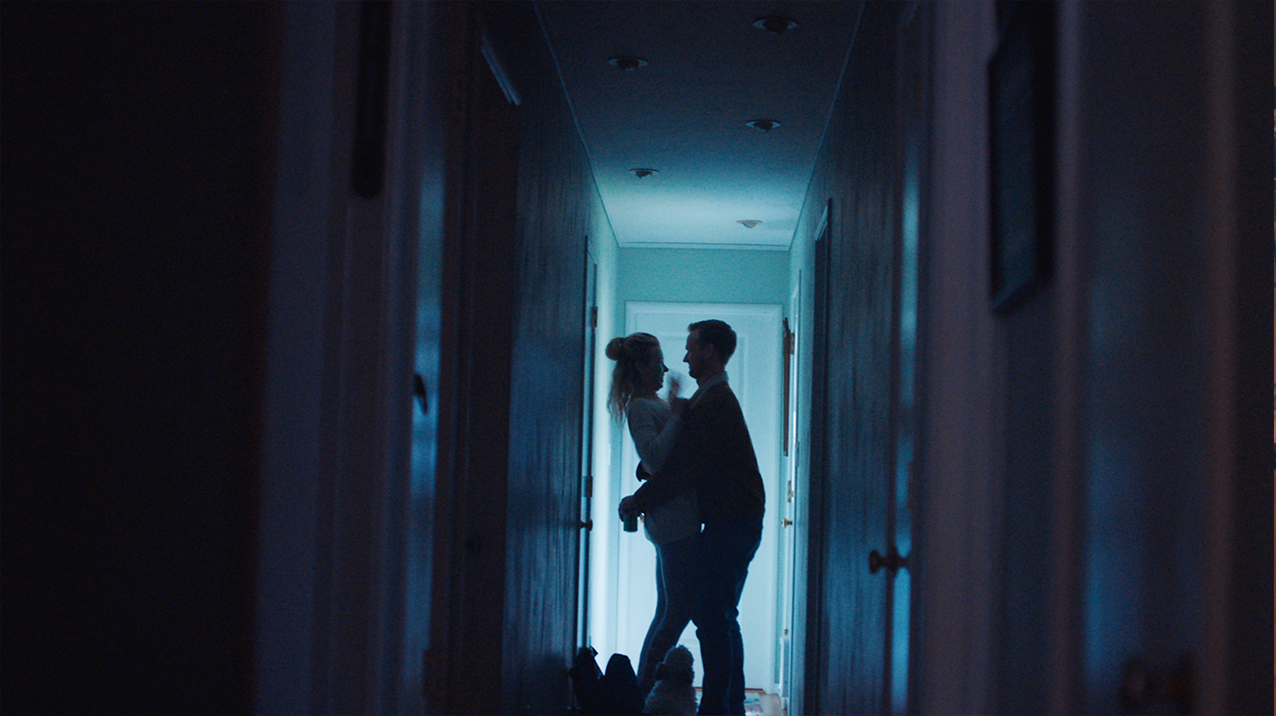 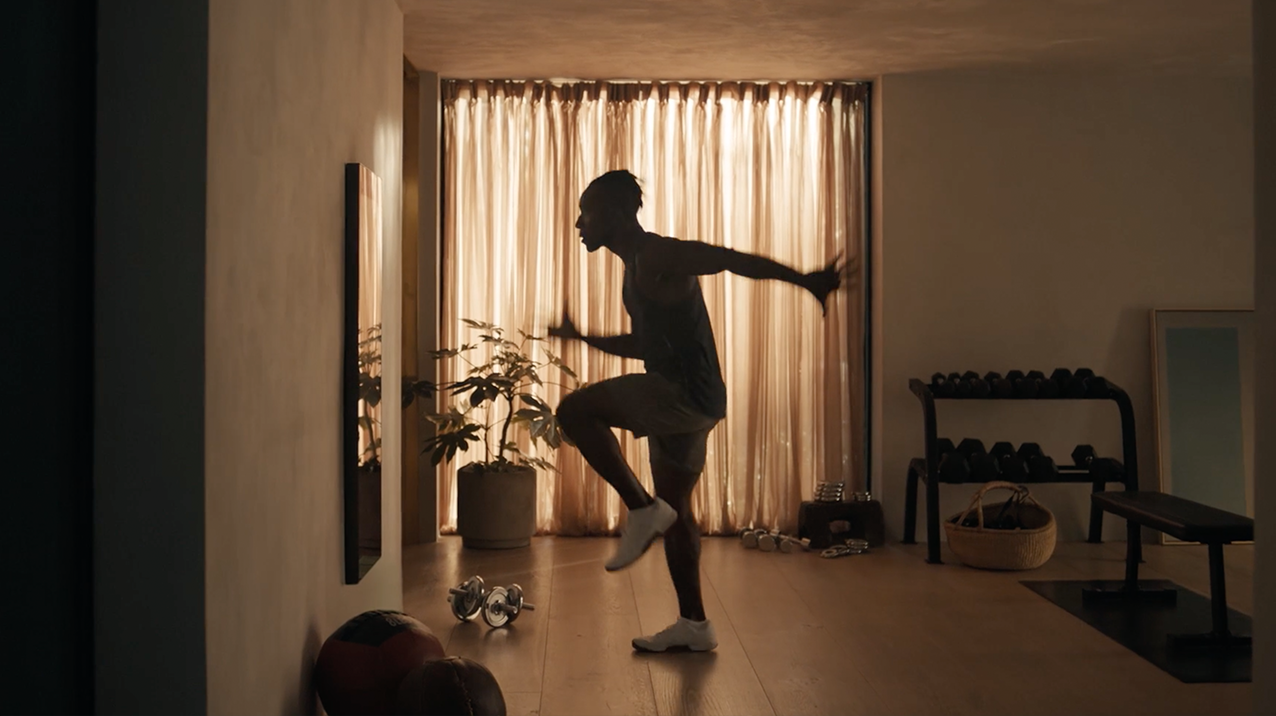 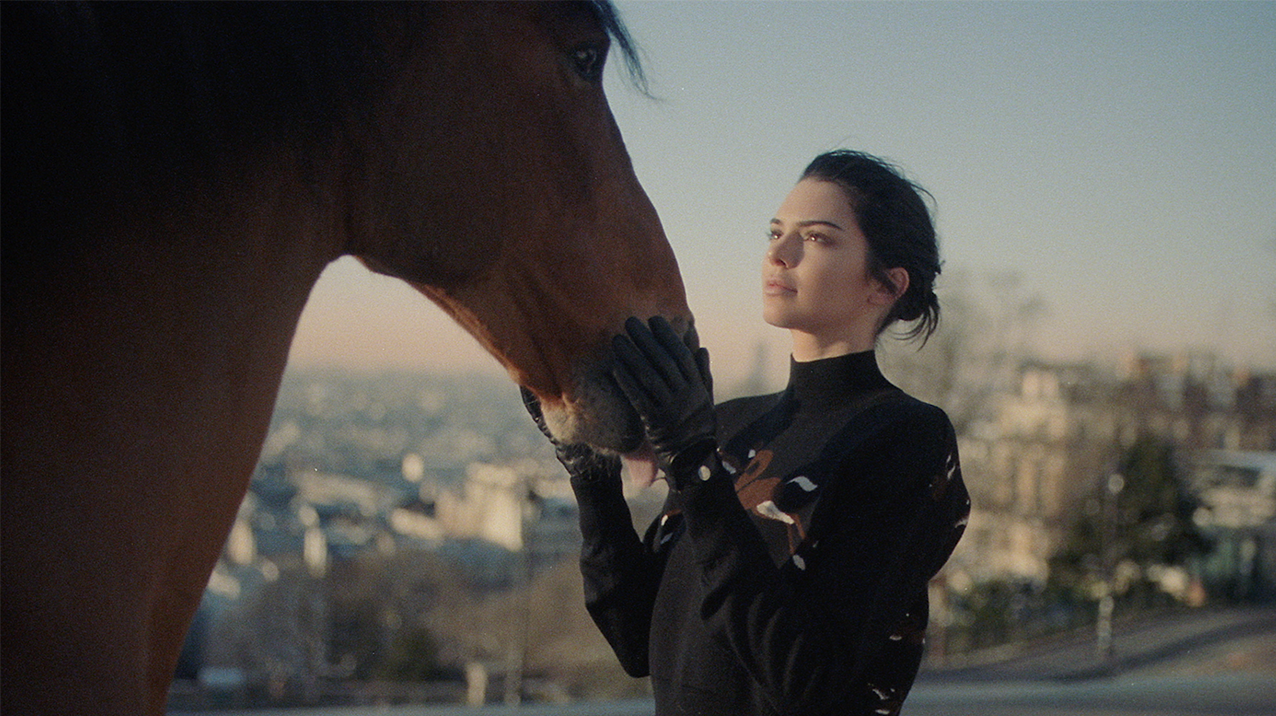 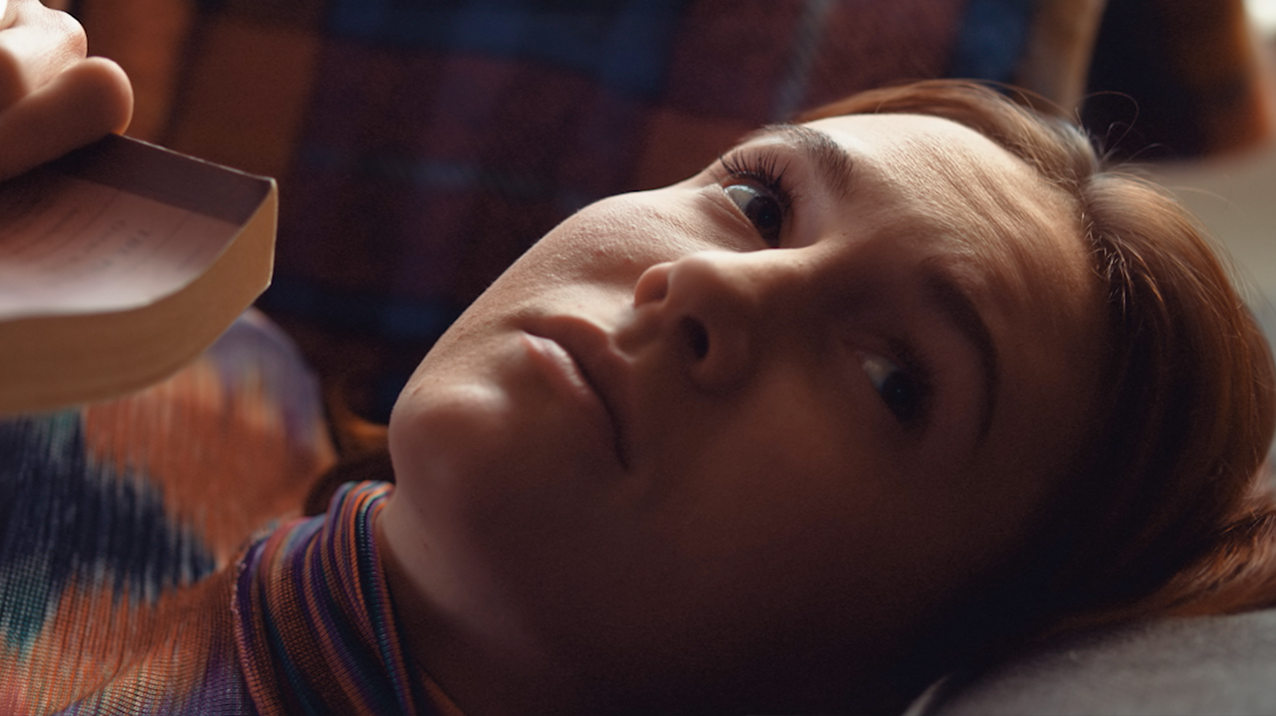 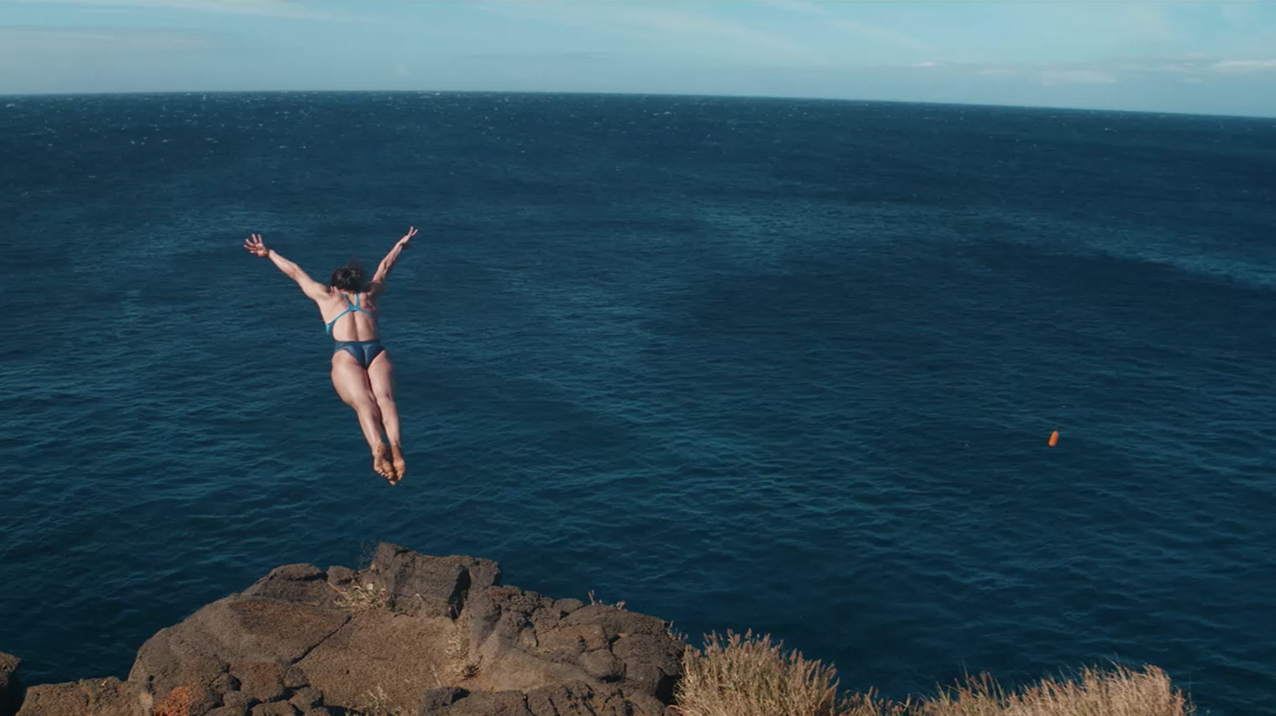 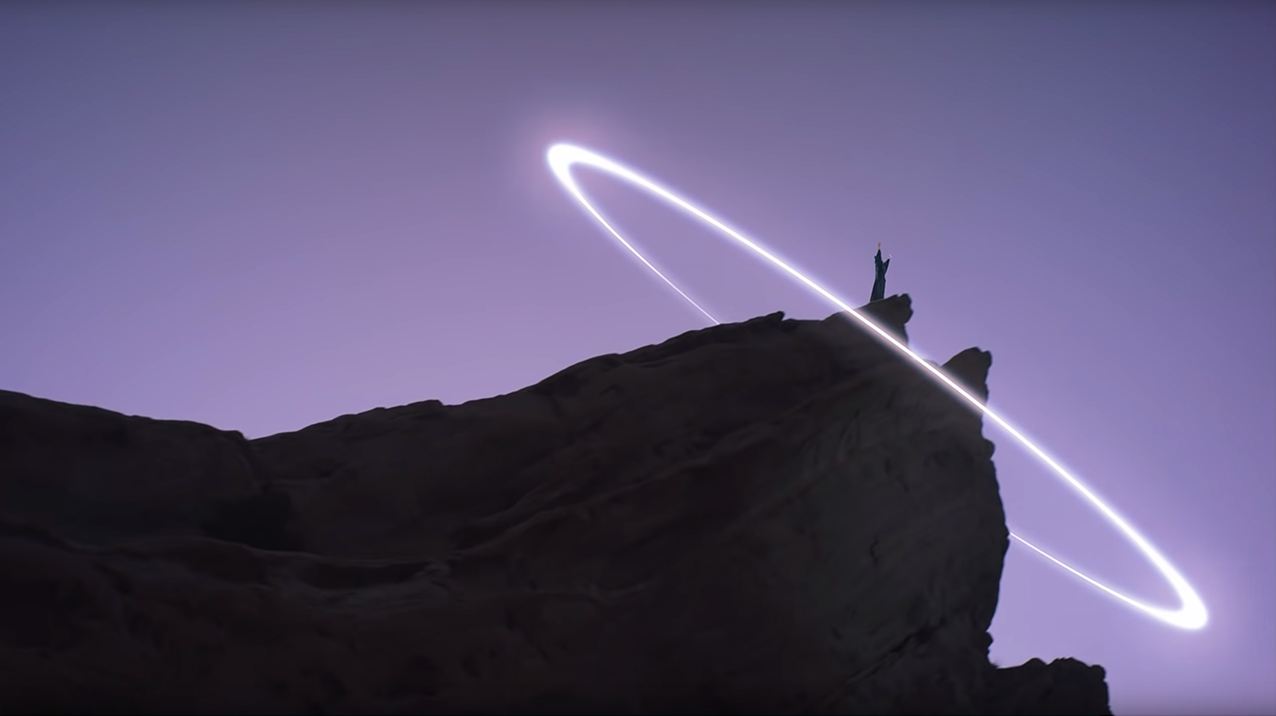 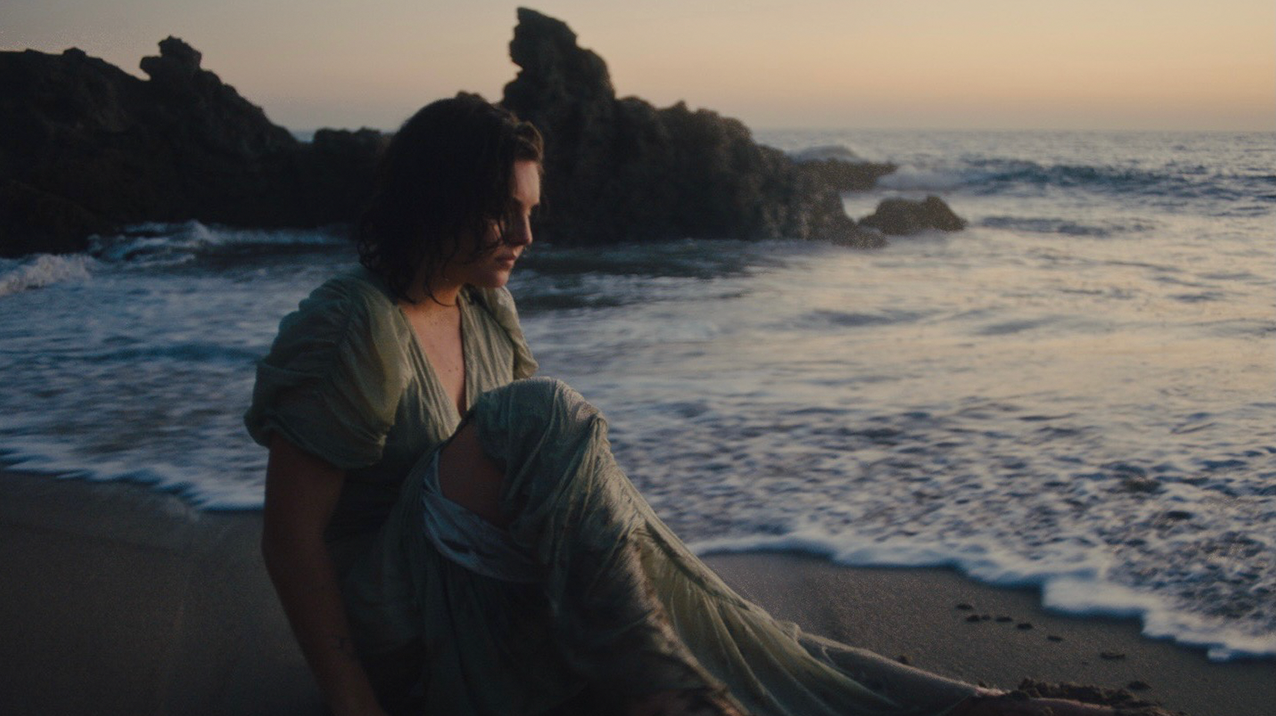 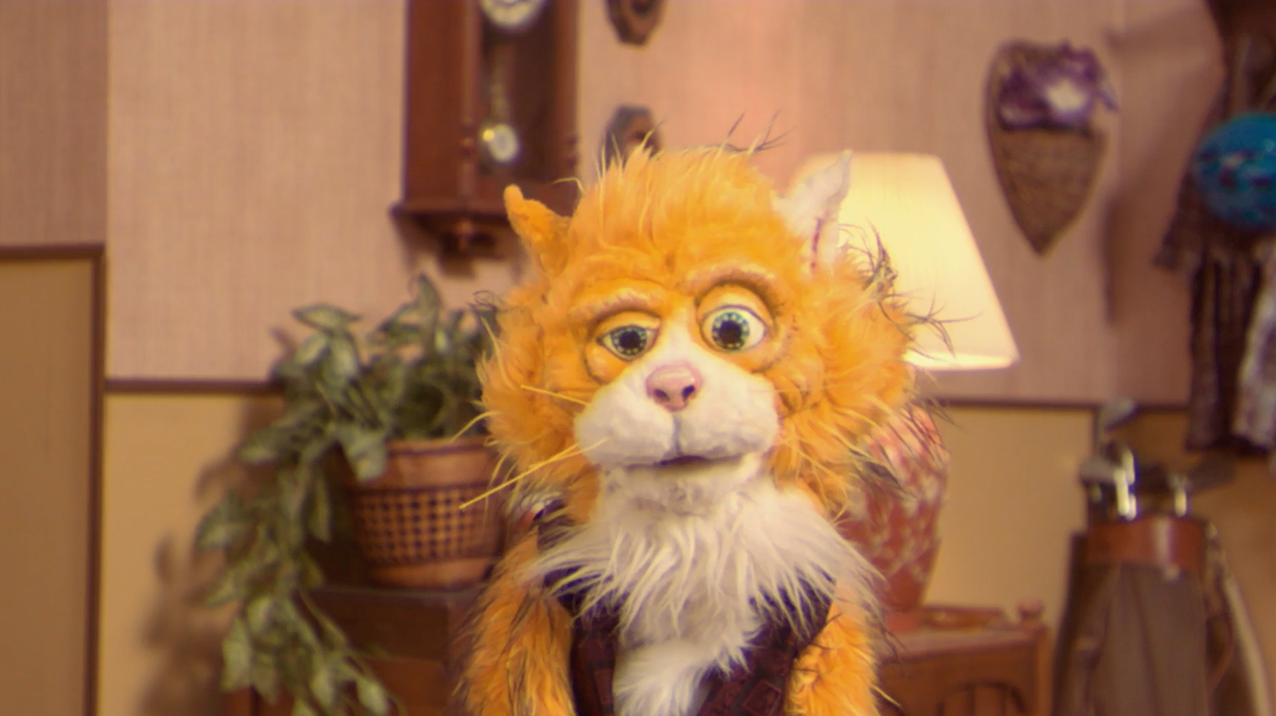 With a background in photography and a flair for dance, she lends a distinctive visual storytelling approach to the commercial marketplace

Director Pip Cowley, whose short films have been heralded by Paper Magazine, Nowness and The Fader, has joined the directorial roster at Miniac Films. Her signing was announced by Miniac partners Stephen Roesler, executive producer, and John Christopher Pina, director.

Cowley’s most recent short, “Undone,” features actress and dancer Camren Bicondova in an emotional study in confronting trauma, told through dance. The film premiered exclusively this month on the Paper website (read their story here), and will undoubtedly score well on the festival circuit. Indeed, it was just honored at the Independent Shorts Awards as the Best Screendance Short.

With an extensive portfolio as a celebrity and lifestyle photographer and director – and a four-year stint as a senior art director and photographer at the New York office of ad agency Anomaly – Cowley brings a unique perspective to her filmmaking. Her work for brands includes assignments for Google, Budweiser, Dollar Shave Club, Stella Artois, Shiseido, Spotify, Panera and many more. To view her reel, go to https://miniacfilms.com/directors/pip-cowley. This marks her first representation agreement with a production company for commercial and brand assignments.

Miniac got connected with Cowley through Pina, who met her in L.A. and was impressed with her photography. She later worked with the production company, covering a shoot as a photographer – fittingly, as she got her start as a music photojournalist.

“We saw how skilled she was in capturing natural, candid moments with talent. She has a special, almost nurturing way of making talent feel comfortable,” Roesler says. “One of our favourite stories of Pip is when she was having lunch at Canters Deli in L.A. and she struck up a conversation with Jason Alexander of ‘Seinfeld’ fame. Somehow the story ends with Jason posing for Pip to take a portrait of him. The photo is hanging in the bathroom at our Miniac Los Angeles office right now. Anytime someone has to go, they see Jason.

“She’s talented, professional and easy to work with,” Roesler continued. “We’ve found her to be an amazing creative collaborator. And coming from a stills background, she excels in beautiful compositions and art direction. We’re excited about what she’s adding to Miniac.”

“It’s such a wonderful opportunity to sign with Miniac,” Cowley says. “I have so much respect for all the directors they work with and the way they operate collectively. I see this as a great place to grow and learn by having such talented people around me.”

An Australian who divides her time between New York and Los Angeles, Cowley got her start working as a journalist and photographer in music television, but when that industry began to decline she segued into art direction when landing the Anomaly job. At the agency she helped produce social media content and traditional ad campaigns.

Her agency experience will influence how Cowley approaches jobs for brands, she adds: “It helps me to see both sides of the story, and gives me a better understanding of how campaigns are developed.”

Another factor will be her experience as a still photographer, and how it applies to her work in film. “Both are very complementary of each other, especially when it comes to directing subjects,” Cowley explains. “I think the photography background helps me to be meticulous with set design, composition and framing. I’m also bringing in my knowledge of using light to create certain moods, feelings and emotions.”

A passion for dance is revealed in much of her work, beyond just “Undone.” What fascinates her about the form? “Dance can be such an integral part of bringing music to life,” Cowley explains. “It adds another layer and dimension. I’ve always been mesmerized by dance, and I love the way a story can be told through movement, without the need for words. I’ve been lucky enough to meet some incredible dancers through working in music, and so I saw the dance films as a wonderful opportunity to collaborate with them while exploring topics that are often challenging to put into words.”

A perfect example of this is her short film “Hold On,” was an impassioned plea shot guerilla-style on the streets of Santa Monica at the height of the #BLM protests in Southern California. Working with the dancer Jo‘Artis Ratti, Cowley shot him krumping in front of a line of California State Troopers. As she was making the film, people were in turn shooting her with their phones – indeed, footage from the scenes went viral overnight, with over 10 million views. It eventually made it into Michelle Obama’s “When We All Vote” campaign and the The Chicks (formerly the Dixie Chicks) music video for “March March.”

Cowley describes the whole process as humbling. She adds, “It came together as a form of peaceful protest and cathartic release. And then it took on a life of its own.”

Xbox Cloud Gaming continues to impress as it grows over time.

Xbox Cloud Gaming (xCloud) is already one of the more complete game streaming platforms, with a large library of high-quality games at its disposal. Today, Microsoft's mobile-bound service is receiving two major upgrades. Xbox Cloud Gaming is now officially powered by Xbox Series X, and is available on even more devices.

Players have been awaiting this change for ages, and the upgrade should massively improve the overall Xbox Cloud Gaming experience, regardless of the device you're using or your internet connection. This also opens up the possibility of bringing current-gen-only games like Microsoft Flight Simulator for Xbox to Xbox Cloud Gaming, and even using Xbox Cloud Gaming to bring those games to the older Xbox One consoles.

Alongside the upgrade to custom Xbox Series X server blades, Xbox Cloud Gaming is also expanding its reach. Access to Xbox Cloud Gaming through PCs and iOS phones and tablets was restricted to a handful of insiders, but is now available to all Xbox Game Pass Ultimate subscribers in 22 countries through xbox.com/play. Users on iOS devices and PC will immediately benefit from the upgrade to Xbox Series X hardware.